This holiday season, I made, ate, and gave many, many loaves of gingerbread. This is the recipe I use, it’s from my Swedish great-great-grandmother Gerda. My grandmother Barb Anderson used to make it all the time, and my mom and aunt both remember having it as an after-school snack, served with butter or maybe a dollop of Cool Whip.

It’s one of those tried-and-true family recipes, now in its 5th generation. At least.

During my January 1st freezer clean-a-thon, I stumbled upon a few loaves that somehow squeaked by Christmas unscathed. Taking care to keep these little darlings from succumbing to freezer burn or an even worse, but more likely, fate -- being forgotten altogether, I set them out to defrost.

We had our share of enjoying them by-the-slice, so what to do now? A trifle? Grandma surely would have approved of that. But then the cold of winter and yearning for comfort food steered me to the obvious choice: pumpkin bread pudding.

So, I cobbled together a few recipe sources to assemble this gingerbread pumpkin bread pudding recipe. I adapted a few things from this Taste of Home recipe and a maple cranberry syrup recipe here.

Tried this recipe?Let us know how it was!

I started beating the eggs with a whisk by hand, then realized I could multi-task by whipping them up in a jiffy with this baby AND stir the custard mixture AT THE SAME TIME.

This is THE bowl I use for everything. It was handed down to me from my mom -- she got it in 1967. It's the right size for everything and it has handy pour spouts on each side. Don't put it in the microwave though, or those roosters will start to spark (not that I know from experience...)

Try These Sweet Treats Next 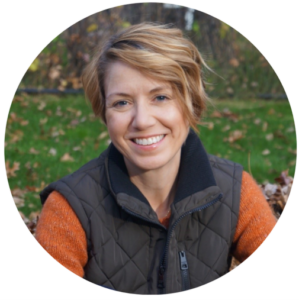